The day I finished Matt's gin...

When one of my 'original' Pescara friends moved away, one who actually knew where my first house here was, he gave me the remainder of his bottle of Caorunn gin.  It was actually thanks to that bottle that I turned to quite like gin: it's now my preferred spirit.  Anyway, the bottle is now empty, probably after over 3 years since it was opened.

I'm having a quiet gin lemon to congratulate myself on passing the examinable assignment for my last Masters module.  It means I'm now waiting for the awards department to get in touch with me about my participation in a graduation ceremony hopefully at the Barbican Centre in March...I have a Masters in Education to go claim.

Ironically, the module I've just completed is sort of 'anti' exams...arguing that intelligence is held between people, not in them, and is therefore difficult to 'examine'. As a result I know I actually managed to jump the last hurdle, a month early too, thanks to my Mum, my tutor, my prayer line, and my friend once based in Pescara who's now all the way over in Chicago.  When I see them (...if I see him...in regards to my tutor), I will give them a ruddy big hug and a hi-5 to say thanks... 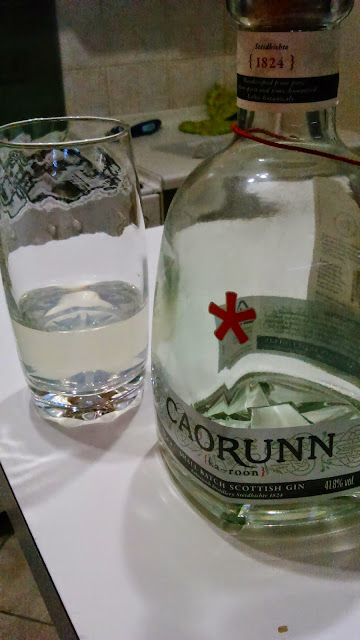 My brother came to stay for a few days, three nights in all and it was jolly good to see him.  We ended up following the 'usual' plan of action when someone comes to visit...we saw a castle on a rock (Rocca Calascio), we went to the cloisters on a hill (Abbazia di San Giovanni in Venere) and we ate...we ate a lot...pizza, burgers, arrosticini, ice cream and in the end, no pasta.  However, it was good to see my brother because, well, he's my brother.

I consider myself ridiculously lucky as through the banter and the sarcasm that is exchanged whenever we all get together, my family rocks.  We seem to have a mutual respect for each other, at least I think so anyway.  My parents don't seem to be too distraught that their children have 'flown the nest' as they've managed two motorbike trips in two continents and have recently done up a camper van for shorter getaways over the last few years.  On the other side, as the children, I think we do ok at keeping our parents 'in the loop'.

I've always tried to speak regularly to Grandma over Skype and my Mum is usually the first person to know all my news, and read any essays I've managed to construct!  But on top of that, it's making sure that the time, physical time, we've spent together is just that, time.  Whether it's been a pub lunch on a sunny August afternoon, or a Skype conversation all together, this time is sacred to me.  A point of contact with the people that really do know me the best.

Next August we've already got a family holiday planned, and it will be awesome.  Not awesome in a "wow, have I got so many hilarious stories to tell you" kind of awesome, but awesome in a relaxed, whatever goes, kind of way.  That family holiday has become a milestone for me to gaze towards as I remain stuck...stuck in the mud.

I say I'm stuck because I am, spiritually, in that dark place I think we all have, whoever you are and whatever you believe, our inside, our soul if you like.  The bit where our instincts come from, where our yes/no choices are made, not the rational ones based on fact, but the yes/no decisions that, no matter what you choose, leads to an unknown anyway.  I don't know how I got to where I am, I can't remember most of the reasons I made the choices I did to do what I've done and I'm certainly not able to give you a 5 year plan anymore.  I suppose I'll just find out when I get there.
Posted by Unknown at 12:47 No comments:

A year ago today my cousin and I were walking along the seafront when I received numerous missed calls from my high school friend.  It was odd.  So I attempted to ring back.  After a lot of phone tag, and a really bad reception I was told the news that Harriet Ward had collapsed whilst at the cinema and was dead.  Dead.

So, I then took the initiative, something you just have to do, to pass on the news.  I knew that the friend that had rang me was one of the first to know in my circle of friends as she had received the news from someone who knew one of the paramedics who had been 'on the scene'.  I had to ring my best friend.  I had to tell her that our Harriet had gone.

I remember sitting on the sea wall watching the people walking by with my cousin beside me, who herself was facing the one year anniversary of her Mum's death, as I listened to the dial tone.  I think I remained calm, I wasn't crying if I remember rightly, but was firm and prepared.  I calmly asked my friend if she had received any news that day, her negative response led me to tell her exactly what I'd been told about Harriet.

I have only one regret from making that phone call: I didn't check before telling her if she was on her own.  Since the age of eighteen I've received five phone calls from my Mum regarding the death of close relatives: my Grandparents, my Aunt and another for my Uncle.  If I remember rightly I had always been with someone at the time, plus they were all 'expected'.  But this time.  Harriet.  Our 28-year-old friend, who's birthday I'd forgotten that year, who was a lady-that-lunched...she wasn't supposed to die yet but she did.

Thankfully my best friend was with her Mum as I heard her voice in the background asking what was up.  You too would have asked what was up if you had heard the sound of someone's heart breaking.  That sound, the sheer devastation, the cry of unbelief, is something I would pay a lot of money to avoid hearing ever again.

A year later I find myself in a very different place to where I was a year ago.  My world has got a lot bigger, wider, more.  For one thing I moved into a flat by myself and I completed my Masters (although the result is still unknown).  I've also managed to go to America visiting Denver and New York, but more importantly to me, Chicago.  Harriet visited Chicago in 2011, and it was because of her trip that I decided to go and stay with a friend there to check it out.

It's strange that I put such an emphasis on that city as Harriet loved New York more.  In fact it's Alicia Keys song 'New York' that resonates the most with many of friends today when speaking of Harriet as she visited the Big Apple more than once.  However, the photo of Harriet standing in front of the Cloud Gate in Millennium Park, Chicago, has become my 'go-to' image of Harriet.  I really don't know why: it's not the best photo ever taken nor is it one that Harriet chose as a profile pic on Facebook.  Either way, as I look ahead to my blank canvas of a future, where even the country I'll be living in from September 2015 is a question mark, this photo of "our Harriet" will definitely be staying with me :-) 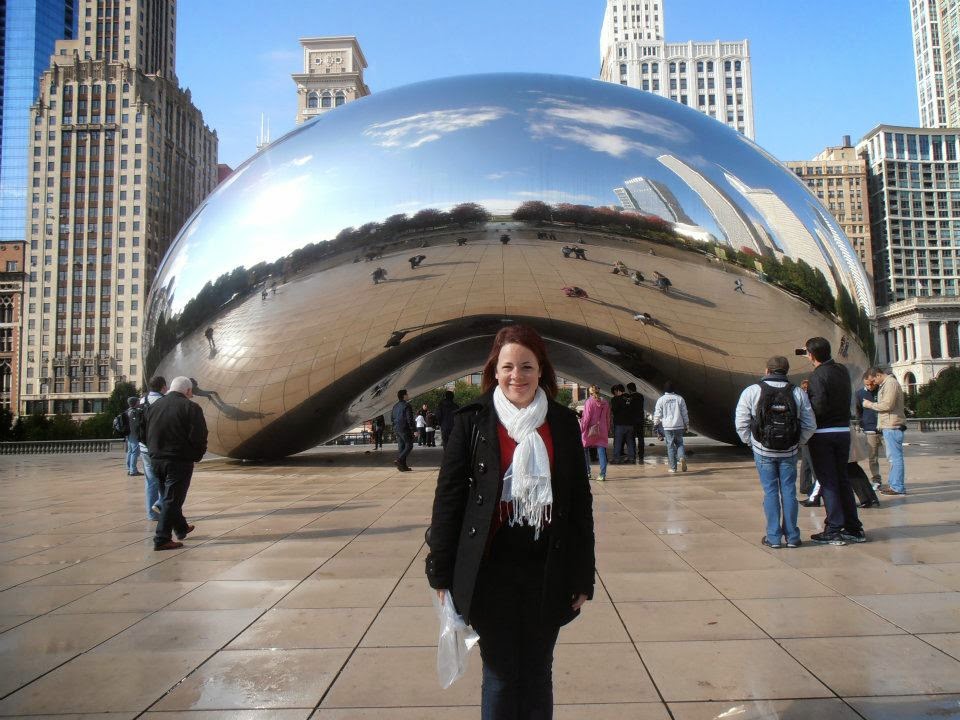