'Do one thing every day that...

...scares you' as Baz Luhrman states in my favourite summer hit 'Sunscreen'.  Well, I'm attempting to do at least one thing every day that challenges me: mentally, physically or emotionally.

I'm back on the Isle of Wight and I'm loving it.  This is me being on holiday.  In particular, since Thursday, I've had a close school friend stay with my parents and I and we've been pushing ourselves a little bit each day.

On Friday we both attended a 'Danceatomic' workout.  This is something that my friend used to attend at least three times a week however a year ago she moved off the Island and no longer attends fitness classes to the same level.  I, on the other hand, have not attended a 'fitness class' since a spinning class in London...so in 2010 or 2011.  This time round I was wearing inappropriate shoes and found myself at 9.30 am, in a gym, jumping around which led me to pull a deep calf muscle in my left leg that I didn't know existed.


The following day it was my turn to inflict something on my friend that I used to do regularly but don't do so much now, biking...the cycling kind. We pedalled off up the hill, turned left heading for the lane to Woodside but had to stop briefly as my friend...well...she fell off her bike. I mean. My Mum's bike.  After I'd recovered from the shock: she was absolutely fine about bashing her knee, grazing her elbow and bruising her shoulder, I put the chain back on the cog and we continued onwards.  On getting to Woodside Bay I was absolutely terrified when I watched my friend rub alcohol hand gel on her wounds.  I think I was sharing the pain, either that or I am turning into a wimp.

Sunday arrived and the challenge of the day was tree climbing.  Yep, we had booked ourselves on to a two hour Goodleaf Tree Climbing experience which meant ascending into the boughs of a large oak tree situated at Appley Park.  I highly recommend the activity as the two leaders were friendly, patient, very good at talking through the ropes (literally) and were able to co-ordinate the eight people ascending and descending the tree at the same time.  After a quick, but in depth discussion of safety control, they demonstrated how to ascend and descend the ropes and then worked with us individually to help us get started.

Basically, once you are sitting in the harness and swinging happily just a foot off of the ground, you move the yellow rope up the red rope theoretically to chin level then put a foot into the loop...I could actually only get my foot chest height so moved the yellow rope to there.  You then push down with your foot while using your hands to move yourself and the blue rope up the red rope.  After three steps up you tie an 'acorn' knot and repeat until you reach your destination.  To come down, you call one of the leaders who undid your acorn knots and then let you 'drop' the yellow rope down to them.  After that you are able to slide down the red rope by gently pushing on the blue knot which allows you to control your descent.  Genius.

Even though both my friend and I were suffering from pains in our left legs from our previous escapades we really enjoyed the challenge of going up into the tree on the ropes, just like arborists do (a.k.a tree surgeons).  Once we'd conquered one rope each we both enjoyed a cuppa and delicious flapjack while sharing our experiences of having to transfer our trust between the tree and the rope.  After that we set off up another rope each, mine leading to a hammock only to then discover another of our fellow climbers had managed to go up four ropes in the time it took us to do two!

Our plan for Monday is not confirmed but could involve a long walk following a book that my friend owns.  We are both avid lovers of the Isle of Wight and enjoy the adventures that the mystical place brings...as well as the nourishment provided by the hundreds of great pubs and cafes to fuel our adventures!  Whatever we get up to, I know that in some way it will take us just a little bit out of our depth. 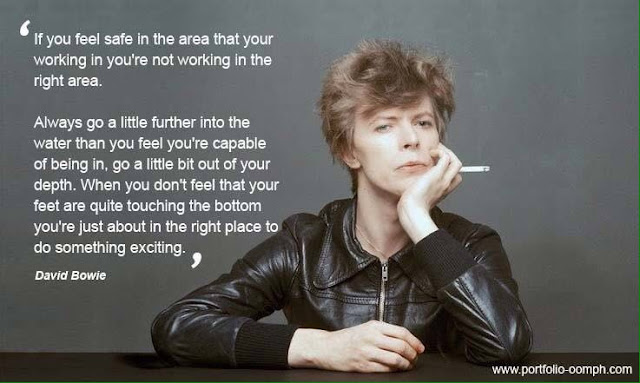 Email ThisBlogThis!Share to TwitterShare to FacebookShare to Pinterest
Labels: exploring, faith, friends, gratitude, out and about, progress, Wight Island

A Castle Full of Questions

I've been to the museums of the Castello Sforzesco before when I found them full of interesting items and actually managed to find the musical instrument room.  This time though, I didn't find the musical instrument room but found it full of questions instead.  Here are just a few that came to mind on a recent, welcomly air conditioned, walk around the museums...
Posted by Unknown at 20:44 No comments:

Email ThisBlogThis!Share to TwitterShare to FacebookShare to Pinterest
Labels: Milano, out and about, ramble, weather

Now, I'm not saying I've been living for the summer but this academic year has been tough.  And I mean tough.  Heck, some people that have been going through this academic year with me may choose different words to describe the year that I've had, but I'll stick to tough.

Tough applies to every aspect of my world too.  My own personal, social and emotional development has been...well...developed...during 2015-2016.  I seem to have matured in all aspects of myself, from the top of my head, to the depths of my soul.  On the outside I have obviously lost a little bit of weight, but my inner parts, the bits you can't see, nor understand, without having had a long-term investment in knowing me (i.e. you've known me since before September 2015), have had a pulverising that can only be called 'transformation'.

Anyway.  Back to the summer, and what a summer I have ahead.  Today I managed to successfully book an appointment with the dermatologist unsuccessfully.  I've had to make the appointment for over 6 weeks and successfully got to the CUP to book the appointment today, however I've done so unsuccessfully as it coincides with the most important Parent Meeting of the year at school in September...doh!  I had my diary in front of me at the desk too...turns out you have to OPEN your diary to get the full effects of knowing what you're doing on any given day.  Another life lesson learnt.  Moving on...

I've booked myself a ticket for this years summer concert.  Last year I saw Burt Bacharach, the year before I saw Yann Tiersenn, in 2013 I saw Jovanotti and in 2012 I saw Paolo Nutini.  This year, my summer concert will be...*drum roll*...Pharrell Williams.  It was a close call with Rihanna who is in Milan the same week but Pharrell snapped it as I liked his website more as it promoted the idea of being individuals together, a great concept.  Check it out here.

So...after seeing Pharrell my summer will continue and include:
- going home.
- going to pubs.  Lots of them in all shapes and sizes.
- going to church, MY church, where I grew up.
- one of my best friends, and her family, camping in my parents back garden while I cosily sleep in my own childhood room.
- another friend staying for a weekend with me at my parents.
- meeting up with my cousin to have a natter.
- seeing Finding Dory, in English, at the cinema, a month and a half before it's released in Italy.
- CRICKET TOUR (get in!)
- assisting another best friend, and her family, with their latest doer-upper house/shop/home.
- returning to Pescara for a few days of beach and Cafe Venezia and arrosticini and friends and wine and arrotiscini and gelato and maybe even dancing...only the pig knows.
- my thirtieth, yes 30th, birthday.