Every so often I get my bake on, or I have to be creative with meals to use what's in the fridge or cupboard.
I have always loved cottage cheese, ever since I was young. This recipe stopped me eating the whole pot in one go! I halved the quantities which made six, the perfect amount for H and I.
After getting home after an 11-hour working day, I typed in 'bresaola gorgonzola recipes' into my search engine and found this recipe. The only thing is I highly recommend reserving it for lunch, especially if you are sensitive to cheese before bed, as I had the worst nightmare I've had in a long time the night I ate it! Still, it is very yummy and very quick as everything can be prepared in the time it takes to boil the spaghetti (I'm afraid English readers will need to translate it).
Finally, H wanted a cake, a chocolate cake, so, with only semolina or chickpea flour left in big quantities in the cupboard, I went with this recipe. Quick, easy and a good option for when there are no eggs in the house!
Posted by Unknown at 15:44 No comments:

Today I steam-cleaned my parrot

Puppets...every teacher's best friend.
When I lived in London my Mum and I visited Kew Gardens, she even tackled the tree-top trail there. After looking around, and posing with the griffins (as mentioned in this Ralph Mctell song), we pottered around the souvenir shop. It was there that I found Louie.
Louie is a blue and yellow macaw who I think is about nine years old. He got his name shortly after I purchased him as when we were sitting on a bench just outside the souvenir shop, with my then parrot puppet on my hand 'kawing', a boy with a dinosaur head on a stick (like this) came and had a 'battle' with the puppet, laughing. It wasn't long until the boy's mother was calling him furiously and he trampled across the flower bed to join her, much to our amusement. The boy's name had been Louie.
Louie has shown over one hundred children how not to behave: he has 'eaten' and 'bitten' things that you shouldn't, like shoes and mud and spoons and hands; he has hit things, and pulled things and hidden things; but, he has also refused to do things until a room is completely silent; he has refused to play with children that wouldn't sit still; he has sat attentively with children who listened to others; he has helped children count chorusly in 10's by being swung by his feet. Oh the fun he's had!
Louie now has a girlfriend, Cluey. She is a blackbird of sorts, a new arrival to my puppet team - Louie plus Fredrick the Cat (who has gone walk-abouts), Bob the Duck, and Holly the Hedgehog (after this Ralph Mctell song). Cluey is noisy, but nice and although shier than Louie, she won't be seen as much as Louie as she prefers to stay in the puppet bag until the children have demonstrated how to interact with puppets respectfully, she has something Louie doesn't have: a 'kaw'.
Louie's voice 'ran out' years ago but even so, after a steam and comb through, an upgrade to last year's washing machine cycle, he's preened and ready to meet this year's cohort. Unbeknown to my new class, we will be celebrating his birthday on Thursday (unless I find Fredrick beforehand as it's actually his birthday) and making birthday crowns to celebrate. Wish us luck! 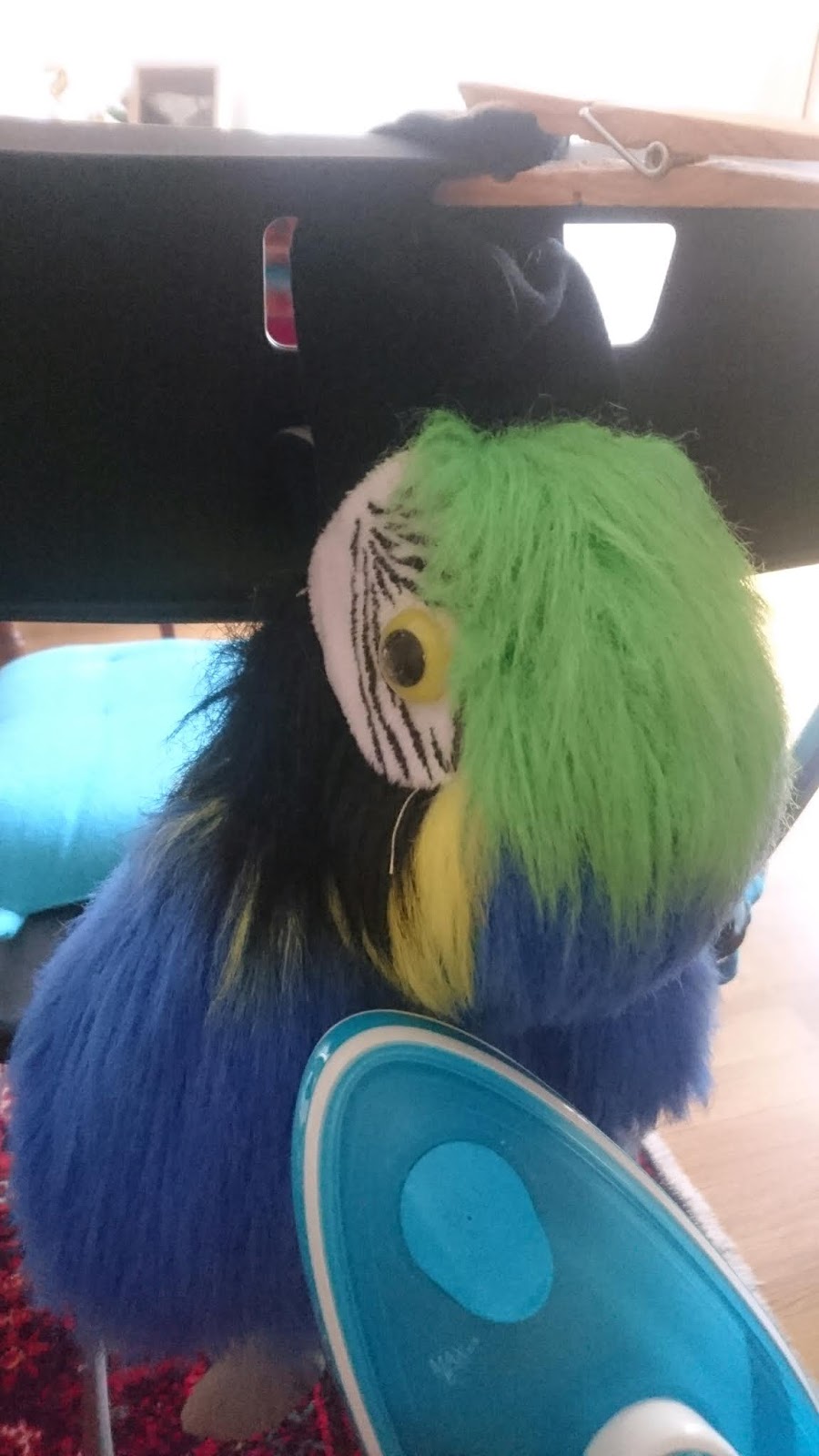